Healthy At 100: A Conversation With John Robbins Born in 1947 at the start of the post-war baby boom, international author John Robbins has become a respected spokesperson redefining the health and wellbeing of his generation. The son of Baskin-Robbins co-founder Irv Robbins, he’s chosen to turn away from a vast inheritance and ice-cream parlor legacy in exchange for a more richly rewarding life.

In the process, Robbins has helped spark a shift in cultural food paradigms that has affected the lives of millions. He began by questioning Americans’ feasting on fast foods in 1987 with Diet for a New America, a book that revealed newly discovered connections between diet, physical health, animal cruelty and the environment. In 2001, his updated edition called The Food Revolution extended our education to encompass organic food as well as insights into factory farming and genetically modified crops, both virtually non-existent when he wrote the original book.

Now, in his new book Healthy at 100: The Scientifically Proven Secrets of the World’s Healthiest and Longest-Lived Peoples, Robbins further shifts thought, offering a new look at the aging process currently affecting 80 million Baby Boomers. He points to several proven ways of postponing physical and mental aging. And this month he happily shares some of them with Natural Awakenings readers.

For many of us in the industrialized world today, our aging is a source of grief and anxiety. The elderly people we see are often senile, frail, and unhappy. As a result, rather than looking forward to growing old, we dread each passing birthday. Rather than seeing our later years as a time of harvesting, growth, and maturity, we fear that the deterioration of our health will so greatly impair our lives that to live a long life might be more of a curse than a blessing.

It is extraordinarily important for us today to replace the prevailing image and reality of aging with a new vision— one in which we grasp the possibility of living all our days with exuberance and passion.

Few of us in the modern world are aware that there have been, and still are, entire cultures in which the majority of people live passionately and vibrantly to the end. Few of us realize that there are in fact societies of people who look forward to growing old, knowing they will be healthy, vital, and respected.

You speak of four specific cultures–Abkhazians, Vilcabambans, Hunzans, and Okinawans–as examples of the world’s exceptionally healthy and long lived peoples. How are their diets similar?

All are low (by Western standards) in overall calories.

All are high in good carbohydrates, including plenty of whole grains, vegetables, and fruits.

All are “whole-foods” diets, with very little (if any) processed or refined foods, sugar, corn syrup, preservatives, artificial flavors, or other chemicals.

All depend on fresh foods, eating primarily what is in season and locally grown rather than relying on canned foods or foods shipped long distances.

All are low (though not super-low) in fat, and the fats come from natural sources, including seeds, nuts, and in some cases fish, rather than from bottled oils, margarines, or saturated animal fats.

All derive their protein primarily from plant sources, including beans, peas, whole grains, seeds, and nuts.

At the current rate, 15 million elderly Americans will be stricken by Alzheimer’s disease by 2050. What can people do to ensure their mind and body will remain healthy and vital?

Eat a healthful plant-based diet with lots of fresh vegetables, whole grains, legumes, fruits, seeds, and nuts. Such a diet provides plenty of antioxidants and fiber, and produces clean arteries enabling a rich blood supply to the brain.

Avoid foods that are high in fat, saturated fat, and cholesterol.

For many of us in the industrialized world today, our aging is a source of grief and anxiety.

Keep personal homocysteine levels low by making sure to consume plenty of vitamins B12, B6, and folic acid, and by keeping meat intake to a minimum. One study found that subjects who ate meat as their main source of protein were nearly three times as likely to develop dementia as their vegetarian counterparts. A survey of the medical literature on diet and Alzheimer’s noted how frequently a meat centered diet raises homocysteine levels. The report was titled “Losing Your Mind for the Sake of a Burger.”

Make sure to consume plenty of DHA, the long-chain omega-3 fatty acid.

Get lots of regular physical exercise.

Because of your earlier writings, many people turned to vegetarianism. In your current book, the four cultures you examine all eat small portions of meat. Is this a contradiction?

I do not know of any society that has ever sustained itself for long exclusively on plant foods. There have been some traditional cultures whose only animal product consumption consisted of grasshoppers, beetles, grubs, or other insects, but all have partaken of at least a minimal amount of animal foods.

The world’s healthiest traditional cultures are no exception. They have, of course, evolved without the benefit of vitamin pills or other supplements. By eating small amounts of occasional animal products they obtain nutrients that might be lacking or deficient in an exclusively vegan diet, such as vitamin B12 and omega-3 fatty acids. 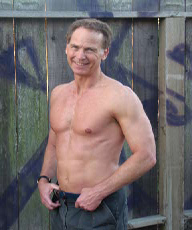 They may drink goat or sheep milk, most often fermented into a drink something like our kefir or yogurt. On rare feast days they may eat goat or sheep meat. If they live near rivers, lakes, or the ocean, they may eat wild fish. However, their intake of animal products is in every single case strikingly low compared with ours. And they never consume anything resembling modern meat or any other product of factory farming.

In November 2005, National Geographic published a cover story that came to conclusions similar to the ones I make in Healthy at 100. Titled “The Secrets of Living Longer,” the article featured three contemporary groups of long-living people, all of whom turn out to eat a plant-based diet. At the conclusion of the issue, National Geographic summarized the “secrets of long life” in two words: “Go vegetarian.”

There is no doubt that animal products are the main culprit in what is killing us. We can absolutely live better lives by minimizing our consumption of them.

What surprised you most as you researched and wrote Healthy at 100?

I had known that diet and exercise play a major role in our health and wellbeing. But I hadn’t realized how incredibly important are our relationships with one another.

If I could ask only one question of someone, and I wanted to learn the most I could from their answer about their health and how long they are likely to live, my question would not be “Do you smoke?” It would not be “Are you overweight?” Nor would I ask “What’s your cholesterol level” or “How’s your blood pressure?” It’s true, of course, that smoking, being overweight, having unhealthy cholesterol levels and having high blood pressure are directly linked to many diseases and shorten people’s lives considerably. But my question would not focus on such concerns. Instead, I would ask, “How much love is there in your life?”

It is extraordinarily important for us today to replace the prevailing image and reality of aging with a new vision—one in which we grasp the possibility of living all our days with exuberance and passion.

I would ask that question because the medical significance of the love in your life, or its absence, is actually greater than whether or not one smokes. Loneliness kills people faster than cigarettes.

An ever-increasing body of medical research is coming to the definite conclusion that the quality of our relationships with other people may be the single most important determinant of our health and longevity.

How do you feel about people getting face lifts, coloring their hair or getting Botox to look younger?

It doesn’t matter to me whether you get a face lift or color your hair or get Botox injections. What matters is that you greet the signs of your aging with love and acceptance rather than disdain.

Every life stage has its unique gifts and powers. What’s most important is that our inner beauty shines through our life. We all know people who, when they look in the mirror and see signs of aging—a new gray hair, a new wrinkle or blemish—rush to cover it up with some cream, ointment, or dye. There’s nothing wrong with wanting to “look your best,” but if we are at war with the aging process, we are going to lose.